In the 1960s, at the young age of 13, I learned about problem solving when I accompanied my dad to the Cal State Fullerton parking lot where I watched and helped him test a computerized self-driving car that he invented and patented. As this was many years before personal computers were available, he had to connect every transistor and capacitor to circuit boards that he made at home, in order to build the computer for the self-driving car.

My dad was no stranger to computer-controlled vehicles. He designed the backup flight control system that was critical to bringing home the Apollo 13 astronauts when the primary system failed. 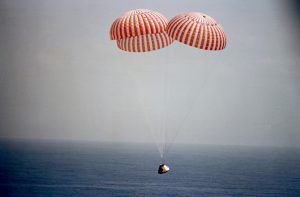 I learned how to perform scientific tests by observing my dad and asking many questions. I am sure that I drove him crazy, but I learned a lot. Having the ability to conduct tests was a very important skill that I was able to utilize many years later while conducting wind tunnel tests for the Space Shuttle program during my career with Rockwell and Boeing. It also gave me a passion to understand how systems and machines operate, and how to make them perform more efficiently.

As I grew older I designed, built and flew radio controlled model airplanes. I learned a great deal about aerodynamics, as well as stability and control in my years flying those models. These skills were extremely helpful as my education and experience grew and expanded. 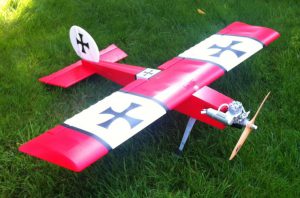 Before I graduated from Troy High school in Fullerton, California, I got involved in powerboat racing with some friends. In the racing world each member of any team needs to understand how every component works but we all end up specializing in different areas. My specialty was hull design. By modifying the shape of the race boat bottom, I was able to make them much faster and more stable.

Many of the fastest drag boats in the world run hulls with my modifications. In the 1980s, I became ‘the Computer Guy’ on several race teams when on-board data loggers first became available. 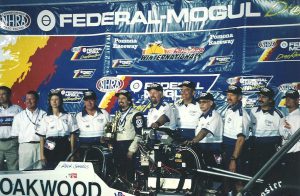 Victory circle at the NHRA Winternationals

When it became apparent later that the wings available for racing applications were insufficient for many of my race teams’ needs, I designed and manufactured a superior wing that has been more effective and is currently used on many championship race boats. 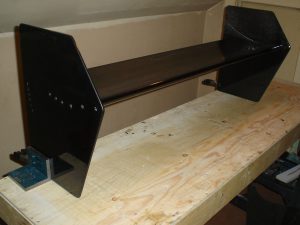 I have gained an excellent understanding as to what it takes to dial-in highly complex vehicles by being involved in many championship race teams that have set many world records. 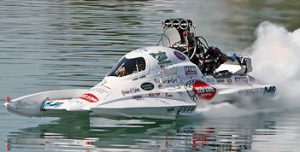 While at SDSU I had the honor of being elected president of the Sigma Gamma Tau National Honor Society of Aerospace Engineering.

Following my graduation, I worked for General Dynamics on the Atlas rocket and the Tomahawk cruise missile, as well as several highly classified projects. 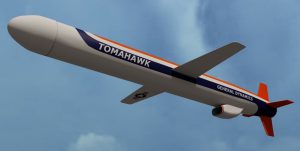 It was at General Dynamics that I became proficient at supporting wind tunnel tests and the knowledge I had gained many years earlier assisting my father with his tests was a huge advantage for me. Subsequently, I worked for McDonnell Douglas where I acquired a deeper understanding of flight simulators working with several different commercial aircraft and the C-17 Globemaster.

After the Space Shuttle Challenger disaster in 1986, I was hired by Rockwell to work in the Aerodynamics group. I conducted wind tunnel tests in preparation for Space Shuttle Discovery’s 1988 return to flight mission. 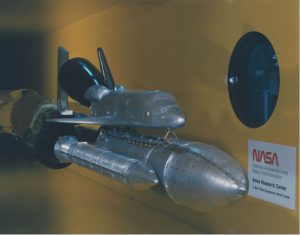 Well over a decade later, the Space Shuttle Columbia disaster occurred and would forever change my career. It was a time of high stress (two of my co-workers died from heart attacks) but I gained a strong sense of purpose uncovering the reason for the tragedy. 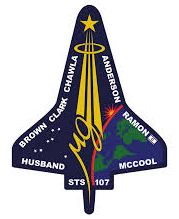 Mission patch for the tragic flight of Space Shuttle Columbia

The first of many assignments that I performed was to determine the aerodynamics of the launch vehicle on that ill-fated mission. The resulting report is now part of the congressional record for the Columbia disaster. I was also selected to decipher the aerodynamics from the on-board black box recorder.

Following the Columbia investigation and “Return to Flight” effort, I was privileged to be selected for the then newly formed Damage Assessment Team. Members were chosen from NASA, Boeing and United Space Alliance. By reviewing and analyzing data and photos recorded by the astronauts aboard the International Space Station, the Damage Assessment Team was responsible for all three of the remaining Orbiter’s safe return home from space for every mission. This assignment included runway inspections of the Orbiters immediately following landing at Edwards Air Force Base. 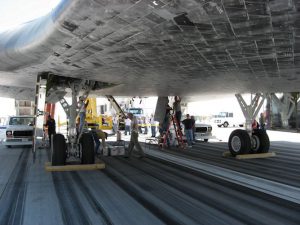 The Damage Assessment Team was an amazing group of very talented people from every discipline of engineering and we played a significant role in the successful return of 23 Space Shuttle crews safely from space. Being a part of that team, and achieving what we did, was one of the proudest accomplishments of my career in aerospace. My time in the Space Shuttle program was very intense, rewarding, and interesting. I was privileged to have worked with some of the smartest and most passionate people in the world who taught me a great deal about solving problems and dealing with unexpected events. 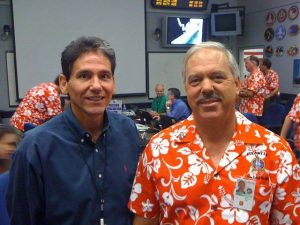 Today, I am highly motivated to use all of my experience in helping companies and individuals solve problems and improve on what they have already developed. Of the many projects I have been a part of, I have worked as a consultant for Kawasaki Watercraft R&D, helping them to improve their designs; and designed a new type of wind turbine for Infinity Energy that is a significant departure from traditional turbines. Recently, I was hired by a major Almond grower in Central California to research the best ways to automate many farming operations using unmanned aerial and ground vehicles. Additionally, I am still involved in powerboat racing where I review data and provide direction for championship race teams.

For fun, I surf in the great Southern California waves and enjoy Stand Up Paddle boarding. 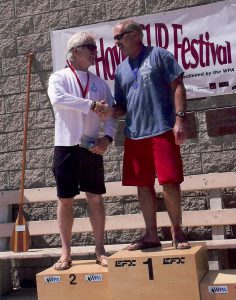 Winning my class in Newport Beach

I developed a love for music and playing the trumpet during my Acacia Elementary School days in Fullerton, California.  I played professionally many years ago in a rock group named Shade, performing at night clubs, wedding receptions and many other functions. Now I play annually in the Pacific Symphony Orchestra. 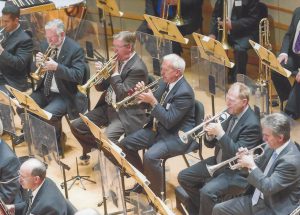 I also play trumpet in the Vanguard University Concert Band. However, my musical passion is composing and I am always working on a new piece of music.

I have a wonderful wife of 20 years who has blessed me with two amazing daughters. My daughters have given me four remarkable and talented grandchildren that I love and enjoy very much. I take pleasure in volunteering at Saddleback Church in Anaheim, California as part of the traffic team. Most of all, I praise God for the talents He has given me, the people who have helped me along the way, and for the opportunities He has given me to provide help and service for those in need.